In 1870, the First Vatican Council declared the doctrine of papal infallibility, which means that when the pope speaks the mind of the whole church he cannot err and that Christians are obliged to believe him.

Those who left the church were the ‘Old Catholics.’

Dollinger, a priest and professor of church history at Aschaffenburg, was one of the leading church historians of his age; his life was a slow movement away from authoritarianism. Beginning as an orthodox Catholic, Dollinger began to have reservations about papal authoritarianism after the 1854 papal declaration of the doctrine of the immaculate conception, that he believed unjustified and unscriptural, and his fears compounded after visits to Italy in the late 1850s, when he saw the papal system at work.

By 1863, Dollinger realized that although he defended the freedom of the church to run its own affairs, the Vatican saw this freedom as the license to suppress dissent. This became clear at the meeting at Malines, which Catholic theologians attended to discuss authoritarian tendencies in the church – the pope shut down the meeting after four days.

Having opposed Pope Pius the Ninth’s 1864 syllabus of errors, Dollinger was set for conflict, and by 1869 the opposition was clearly in writing in his Letters of Janus.

The crisis occurred in 1870, when the first Vatican Council made its declaration of papal infallibility. Dollinger was at the heart of the opposition. Traditionalist theologians argued that the pope’s opposition to modernism would be strengthened by a declaration of papal infallibility, but Dollinger objected. “As a Christian, as a theologian, as a historian and as a citizen I cannot accept.”

The consequence of his opposition was excommunication, but Dollinger received support from the university of Munich, which re-elected him as rector magnificus and with honarary doctorates from several universities including Oxford. 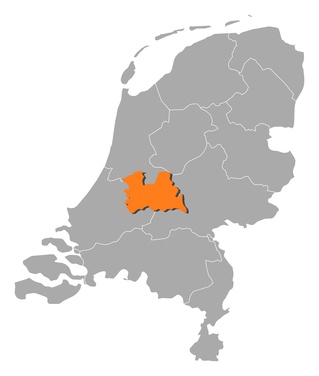 This is the centre of the Old Catholic Church. Image by Schwabenblitz

Catholic Church After the split

A group of German Catholics followed Dollinger out of the church. The name ‘Old Catholic’ already existed, and so quickly applied to those who objected to new doctrines. The term described an existing church in the Netherlands, and the independent archbishopric of Utrecht, which had separated from Rome in the previous century after Rome tried to claw back privileges and independence that it had given the Utrecht church.

The archbishop saw his chance to expand his movement and supported the rebels. By 1874 the German Old Catholics, who had no bishops among their ranks and therefore could not ordain priests or bishops, received ordination from the archbishop of Utrecht, and some were consecrated bishops. The Old Catholic church was now autonomous. But Dollinger did not join, as he took the very Catholic view that initiating schism was a serious sin.

Dollinger later declared that he felt isolated, but that by conviction he was an Old Catholic. Considering that Dollinger presided over reunion congresses in 1874 and 1875, it is clear that his main aim was reunification.

From 1871, the president of the Old Catholic congress was Von Schulte, a professor of canon law, who held the post to 1890. By this year the church had spread to Switzerland and Poland, but 1890 saw the death of Dollinger. On his deathbed Dollinger sought the last rites from his local priest, who offered them only on condition of his re-submission to Rome. Dollinger refused to compromise his integrity on his deathbed, as re-submitting would be to die with a lie on his lips; fortunately Von Schulte administered the sacrament to him. Von Schulte was to die in December 1914.

The Declaration of Utrecht

1889 saw the Old Catholics formally declare their principles. These are to adhere to the ancient rules of faith and accept no new doctrines, which meant rejecting the doctrine of the immaculate conception [that Mary conceived without stain of original sin,] which was a mediaeval rather than an ancient belief, and along with this they rejected papal infallibility, along with the First Vatican Council and the encyclicals of Pius the Ninth. Yet, true to their Catholic heritage they declared the eucharist to be the centre of Catholic life, though they are less tight on their understanding of the eucharist than Catholics are, as they do not demand belief in transubstantiation, but believe that Christ is present in the whole eucharistic gathering. This declaration of principles was the foundation of the union of Utrecht, to which all true Old Catholic churches belong. 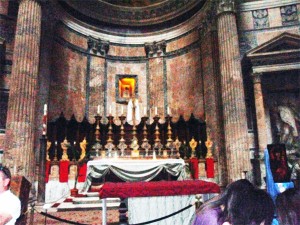 The Old Catholics have formed strong bonds with the orthodox churches and the Church of England, with which they have intercommunion, but they have a strategy of refusing to set up an Old Catholic church in any land where there is a church in communion with them. This means that there is no Old Catholic Church in England. There are, however, many independent bishoprics that have sprung up in the last century, mainly in America and Western Europe. Although some of these might want to be called Old Catholic, they are not accepted by the Union of Utrecht.

Old Catholics, who believe in unity in diversity,  are committed to reunion with Rome and other churches, but there have been no significant moves by Rome on this matter and the schism seems set to last.

Catholics But Not Roman Orthodox But not Eastern, J. Owles