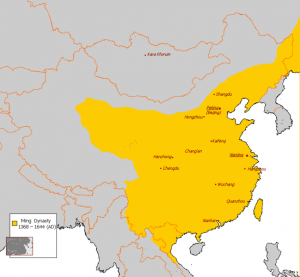 Hongwu rose to power by leading the rebel army’s uprising against the Mongols in 1368, thus restoring political power to the ethnic Chinese, after 90 years of foreign rule by the Mongols.

The Ming Dynasty coincides with the Renaissance in Western Europe, and, like the Renaissance, it was an era of great progress in many areas, including medicine.

The Chinese built the Forbidden City and completed the Great Wall during the Ming Dynasty. During this time, scholars wrote many renowned literary works and several significant dictionaries.

Variolation was one of the greatest advances in Traditional Chinese Medicine (TCM) during the Ming Dynasty: this is inoculation against smallpox by using the smallpox virus.

The Chinese practiced variolation throughout China (and this practice spread to Japan, then Russia, and then Turkey) for several hundred years before Edward Jenner ‘invented’ the smallpox vaccine in Europe in 1796.

Sometimes called the Leonardo da Vinci of China, the Chinese considered Li Shizhen (1518-1593) the patron saint of TCM, to which he made an enormous contribution.

This work, since translated into many languages including English, Latin, French, German, Russian, and Japanese, retains wide usage. One of its achievements was its organization of the vast storehouse of material into more logical groupings than previous efforts. 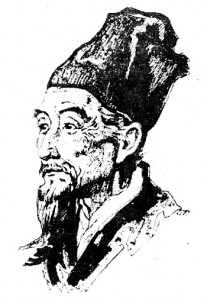 The three most prominent opposing doctrines were that of “nourishing the yin,” “warming and invigoration,” and “epidemic disease.”

Practitioners based treatments on the theory of disease causation, regardless of the individual’s diagnosis or symptoms. Thus, a patient would get a different therapy from a doctor of one school or the other. This was problematic, as not all diseases develop from the same factors, nor should they be treated in the same way. The lack of cooperation between followers of the opposing medical philosophies was a major obstacle to medical advancement in the early years of the Ming Dynasty. Fortunately, it was overcome – largely due to the work of Li Zhong-zi.

One of the first Chinese doctors to recognize that diseases could be caused by different factors was Li Zhong-zi (mid-16th to mid-17th century). He advocated that the diagnosis, categorization, and treatment of illness be based on the specific symptoms and needs of the individual patient. Li Zhong-zi thus became the founder of “pattern discrimination” in TCM.

Pattern discrimination is the observation and measurement of the bodily signs of the patient: it includes the various pulses, the tongue, the patient’s outer appearance, and his or her odor. These all give indications of the inner conditions of the bodymind.

Flaws and Lake wrote in their Chinese Medical Psychiatry that they consider pattern discrimination “the single most important thing about Chinese medicine.” Pattern discrimination is the method which contemporary TCM practitioners use as the basis of treatment, regardless of the diagnosis.

The development of TCM during the Ming Dynasty led to long-lasting influences in Chinese medicinal culture. Thanks to pioneers like Li Zhong-zi, TCM practitioners continue to follow its tenets today.