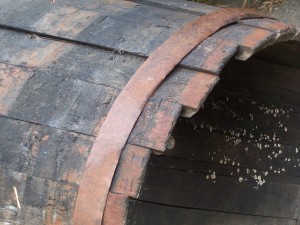 Diogenes claimed he was happy living in his barrel, with his clock, his stick and his breadbag. Image by inarizoo

Philosophy is not a discipline without its eccentrics, and surely the most famous Cynic of all, Diogenes, must be the prime example. Nevertheless, Diogenes lived in harmony with his beliefs and remained true to himself, although his barrel must have been an uncomfortable domain for a human being.

Today, if we describe someone as “cynical,” we mean that they are scornful of human sincerity or sentimentality and may be insensitive to the distress of others.

In the times of the Ancient Greeks, it was more complicated.

The Cynics – First of Four Important Schools of Philosophy

In “Cynics and Sceptics” in his History of Western Philosophy, Bertrand Russell explains that four Schools of Philosophy were founded around the time of Alexander the Great, and these were the Cynics, the Sceptics, the Stoics and the Epicureans.

It all started with a philosopher called Antisthenes, who lived in Athens around 400B.C.  Antisthenes was instructed by Socrates and he was fascinated by the great master’s extreme frugality.

Until Socrates died, Antisthenes lived comfortably within an aristocratic circle without ever attempting to portray any unorthodox behaviour or theories. After the death of Socrates, Antisthenes was no longer a young man, but, in an instant, he did a tremendous about-turn, professing to despise all the trappings of power and affluence he formerly valued.

Antisthenes decided he wanted to be good. He consorted with, and dressed like, working men. He preached in the open air in order to reach all those less fortunate and less educated than he was. He eschewed government, marriage, property and the established religious order. He was an inspiration to his disciple, Diogenes.

However, when Diogenes first came into Antisthenes’s life, the master was not impressed. Russell recounts that he tried to send Diogenes away, even beating him with a stick. Simply, Antisthenes could not take to Diogenes. Perhaps he was concerned that the young man was the son of a disreputable money-lender.

Whatever Antisthenes said or did, Diogenes was unwavering. He wanted wisdom and it had to be the wisdom of Antisthenes or nothing. Eventually, the master succumbed and let him study under his tutelage.

Diogenes Develops the Philosophy of the Cynics

“The Cynics emphasized that true happiness is not found in external advantages such as material luxury, political power, or good health. True happiness lies in not being dependent on such random and fleeting things,” says Jostein Gaardner in Sophie’s World.

Imagine living in a barrel with just three possessions to your name – a cloak, a stick and a bread bag. This suited Diogenes, since nobody could steal away his precious happiness. There is some controversy about the true nature of this alternative home (see below) but whether a tub, a barrel or a pitcher, it must have been a hard life for him.

Gaardner relates a charming story about Diogenes, although I cannot be sure whether it is a literally true story or an allegory. (It also appears, briefly, in Russell) Either way, it demonstrates the true essence of the Cynic philosophy:

“One day, while he was sitting beside his barrel enjoying the sun, he was visited by Alexander the Great. The emperor stood before him and asked if there was anything he could do for him. Was there anything he desired?”  “Yes,” Diogenes replied. “Stand to one side. You’re blocking the sun.” Thus Diogenes showed he was no less happy and rich than the great man before him. He had everything he desired.”

Cynics are not concerned about their own health or about the health or wellbeing of other people. Suffering and death is neither here nor there.

Diogenes decided to live like a dog, and that is how he came to be called a “Cynic,” which means “canine.”

Bertrand Russell says: “He rejected all conventions – whether of religion, of manners, of dress, of housing, of food or of decency. One is told that he lived in a tub, but Gilbert Murray assures us that this is a mistake; it was a large pitcher, of the sort used in primitive times for burials. He lived like an Indian fakir by begging.”

(Gilbert Murray was an Australian-born intellectual and an expert in the language and culture of Ancient Greece.) 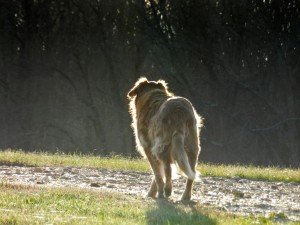 Diogenes said he wanted to be a brother to the entire human race, and not only humans, but all of animal creation.

It is, however, important to realise that Diogenes’s cynicism is far from our modern understanding of the word. He was devoted to virtue and disparaged the value of worldly goods. He espoused liberation from desire and indifference to the vagaries of fortune. Like a much later philosopher, Rousseau, he felt that the arts made our lives artificial.

Resignation to the Natural Order – a Protest Against Evil

As a contemporary of the more cheerful Aristotle, Diogenes was actually more in line with the Hellenistic age to come. Philosophy was to take a downward turn, to see the world as bad, and to seek independence from the world by resisting its temptations.

Bertrand Russell says: “Only subjective goods – virtue, or contentment through resignation – are secure, and these alone, therefore, will be valued by the wise man. Diogenes, personally, was a man full of vigour, but his doctrine, like all those of the Hellenistic age, was one to appeal to weary men, in whom disappointment had destroyed natural zest.”

Russell points out that this was not a system that could promote science, art or statesmanship. On the contrary, it was little more than a protest against evil without accompanying useful goals.

Cynicism continued to be in fashion in Alexandria in the early third century B.C.

Resignation – Or a Callous Indifference?

During this time, it was the trend to deliver sermons about how happy one could be living the simple life, without the normal trappings of civilisation.  There is even mention of the stupidity of mourning your dead children. Russell quotes from one such sermon, by a Cynic called Teles, and there is something sinister about this quotation, even beyond its callous indifference to bereavement. It is not clear why Russell doesn’t point this out. In my view, the Cynics were known for eschewing the ownership of property, so this comment certainly appears to be inconsistent:

“Because my son or wife is dead, is that any reason for my neglecting myself, who am still alive, and ceasing to look after my property.”

However, Russell adds, at the end of his chapter, “Popular Cynicism did not teach abstinence from the good things of this world, but only a certain indifference to them.”

It does seem though, that from the original and sincere practices of Diogenes, eccentric although they might appear, to the callous and inhumane statement of Teles, something unpleasant and even a little corrupt has crept into the equation.

Fortunately, the next major School of Philosophy was that of the Stoics, which derived some of its impetus from the Cynics, but was a more balanced and human philosophy.