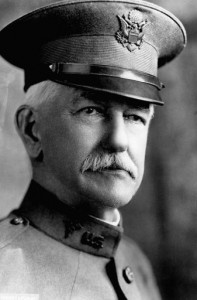 The great loss of American troops to yellow fever during the Spanish-American War in 1898 and the occupation of Cuba that followed led to the establishment of a special Army medical research effort to discover the cause of the deadly disease.

In 1900 the Yellow Fever Commission, led by Army research Major Walter Reed, proved the disease was spread by mosquito bites. The discovery had an immediate impact that continues to this day.

Army doctor William Crawford Gorgas, director of sanitation for the occupation army in Cuba, organized a mosquito abatement program throughout the island. The program virtually eliminated yellow fever on the island in three years, and also reduced the rate of malaria, which is also spread by mosquitoes.

In 1904 the U.S. acquired the rights to dig a transoceanic canal at the Panamanian isthmus, taking over the project from a failed French attempt. The eight-year long French effort to dig the canal through mosquito-infested jungle had resulted in the deaths of thousands of workers from yellow fever and malaria.

The Army appointed Gorgas as chief of sanitation for the canal project. He launched an ambitious mosquito abatement program that included fumigation and draining swamps and wetlands. By 1906 yellow fever was virtually eradicated from the canal zone, and the occurrence of malaria was sharply reduced.

In 1927 researcher Adrian Stokes identified the yellow fever virus. That led to the development of a yellow fever vaccine by Max Theiler three years later, a feat for which Theiler was awarded the Nobel Prize in 1951. 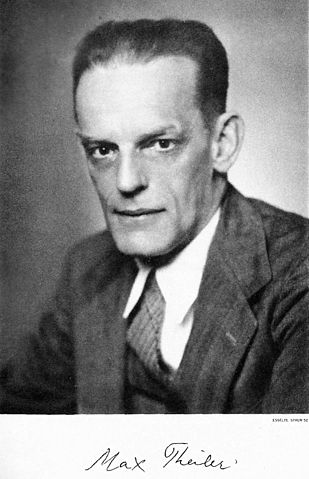 Max Theiler developed the vaccine against the virus that causes yellow fever. He was awarded a Nobel Prize for his work. Image courtesy of the Nobel Foundation.

Mosquito abatement programs pioneered by Gorgas in Cuba and Panama would later play a major role in the Allied victories in the Pacific campaigns of WWII. After seeing troop strength weakened by malaria outbreaks, the U.S. Army began deploying preventive medicine units throughout the Pacific theater to eradicate mosquitoes. The abatement program reduced manpower losses due to disease.

The Japanese, on the other hand, had no preventive medicine units and continued to suffer major manpower losses due to malaria and other vector-borne diseases. The U.S. mosquito abatement programs played a major role in the Allied victory over Japan.

The Battle Against Yellow Fever Isn’t Over 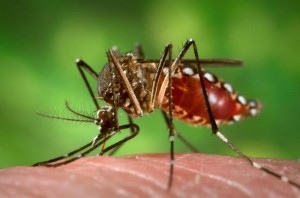 The Aedes aegypti mosquito transmits the yellow fever virus from one person to another. Control of the mosquito greatly aids control of the disease. Image courtesy of the US CDC.

While outbreaks are relatively rare, scientists fear a lack of public awareness and support for new research could allow the disease to make a comeback. Lewis Markoff, writing in the New England Journal of Medicine in February 2013, attributes outbreaks in South America and Africa at least partly to “intermittent or absent vaccination campaigns, especially in politically unstable and economically disadvantaged African countries.” The most recent flared up in war-torn Sudan in late 2012.

Meanwhile, more than 200 years after the battle against yellow fever began in Cuba, there is still no cure for the disease. Treatment remains supportive care only, and the death rate remains at 50 percent.