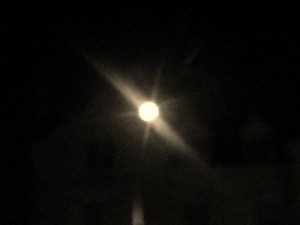 Life was There From Our Beginnings. Image copyright Janet Cameron, all rights reserved.

Philosophy, as a discipline, is vulnerable to fashion as much as any other. At least, so says Andrew Anthony, in his interview, “Late Stand for a Thinker with Soul” for The Observer.

His subject is 94 year-old moral philosopher, Mary Midgley, who has just published a book entitled, Are You an Illusion?

This is the old, old argument. Are we, as human beings, the sum total of our physical properties, as is the viewpoint of the materialists, for example, Richard Dawkins? Or are we much more than that?  Mary Midgley thinks so. For Midgley, human consciousness equates with soul.

“And currently there is what might be called a battle for the human soul being fought between the humanities and the sciences over who is best placed to examine the nature of consciousness and what it means to be human.”

It seems that the topic of the self is rising in popularity, and with it, so are the views of Mary Midgley. Anthony acknowledges the forbidding nature of Midgley’s character, juxtaposed with an underlying and endearing, “mischievous sense of humour.”

This brings to mind comments in Andrew Brown’s 2001 Guardian Unlimited article: “…our foremost scourge of scientific pretension… staunch defender of religion…although she doesn’t believe in God… may be the most frightening philosopher in the country: the one before whom it is least pleasant to appear a fool.” 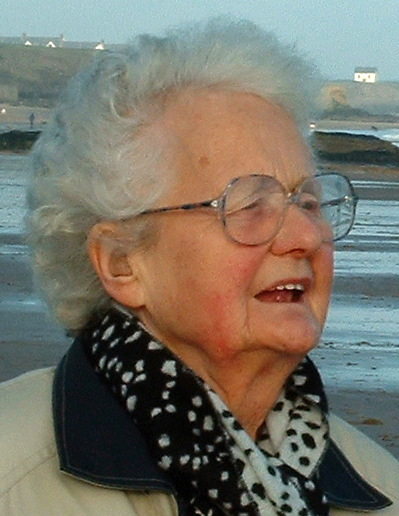 Midgley dismisses Dawkins’ views as “scientism” and attacked him vociferously after the publication of his book The Selfish Gene, in spite of general acclaim. “Everyone was telling him he was the cat’s whiskers, you see, and I wasn’t.”

Anthony describes Midgley’s stance against Dawkins, “…a kind of self-defeating fatalism, namely the conviction that the universe has no purpose, that it contains, at bottom, as Dawkins has written, nothing but blind, pitiless indifference.”

Dawkins, of course, is uncompromisingly an atheist. In response to a Canadian critic quoted in his book The God Delusion, when asked if the world would be a more humane place if people looked to The God Delusion instead of The Bible for truth and comfort, Dawkins responds that he does feel it would be more humane, because “consolation-content of a belief does not raise its truth-value.” In this belief, Dawkins is unwavering.

Mary Midgley, however, seems not to be inflexible, and acknowledges that there is much we cannot know for certain. However, according to her, there is evidence that there is purpose to our lives. She sees purpose in the very act of life, and in the acts of each and every organism, reaching out to fulfil their potential, each kind in its own specific way.

For Midgley, there is not necessarily a God, but she likes to talk about the “life-force” and its move towards complexity. Whatever this is, in her view it is not DNA or some scientific theory, but “something that gives rise to them.”

Through Andrew Anthony, Midgley quotes her philosophical ally, Thomas Nagel, who reportedly said, “…the possibility of the development of conscious organisms must have been built into the world from the beginning. It cannot be an accident.” However, this is not a way of describing life as coming about through “intelligent design.”

The concept of intelligent design came into being through people misconstruing the work of Charles Darwin.

Mary Midgley wrote “The Solitary Self, Darwin and the Selfish Gene,” in 2010 in order to combat Dawkins’ arguments; she claims she did this out of “exasperation.” 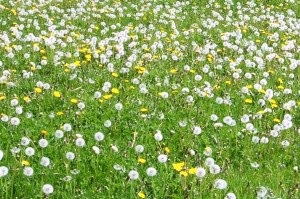 Every Organism Has a Life Force. Image copyright Janet Cameron, all rights reserved.

Midgley’s latest work, Are You an Illusion, targets Francis Crick, who co-discovered DNA. In the book, she quotes Crick:

“You, your joys and your sorrows, your memories and your ambitions, your sense of personal identity and free will, are in fact, no more than the behaviour of a vast assembly of nerve cells and their attendant molecules.”

Midgley strongly refutes the possibility that our “self” could possibly be the result of an elaborate trick played upon us by our nerve cells and she derides what she describes as “dogmatic materialism.”

Anthony briefly cites Midgley’s time at Oxford during World War II, when she was part of a group of female philosophers including Philippa Foot, Iris Murdoch, Elizabeth Anscombe and Mary Warnock. All of these went on to work in moral philosophy and/or ethics.

At this time, Midgley wrote to The Guardian, says Anthony, explaining that men had done “good enough philosophy in the past,” but that their method was competition in argument. “These people then quickly build up a set of games out of simple oppositions and elaborate them, until, in the end, nobody else can see what they are talking about.”

Indeed, a fellow philosopher, John Ree, said of her, “She has always written in a language that’s not aimed at the cleverest graduate student. She’s never been interested in the glamour and greasy pole.”

Life Goes Back to the Origins of the Universe

Andrew Anthony challenged Midgley for her stance in attempting to make sense of an “indifferent universe.” She simply asked if he wanted some sort of proof? “…as if there was some kind of proof that wouldn’t go through oneself. There can’t be, can there?”

Instead, she feels that from the Big Bang onwards, there has been a move towards order, and this has produced life, and then it has produced perceptive life. She simply refuses to take on board that this is superstition. “It’s still very vague, of course.” All the same, she feels that our tendency to search for order draws us towards meaning. Importantly, the life force also draws us towards righteousness and the desire to make things better.

Our beginnings were not simple. Our consciousness is natural.

Mary Midgley has a charming analogy for philosophy. She compares it to plumbing. You don’t notice it until things go wrong.