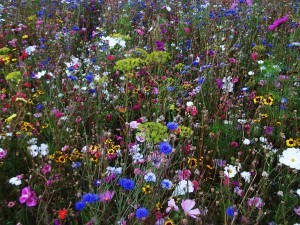 In an interview with Rick Lewis of Philosophy Now, moral philosopher Philippa Foot explains her theory about ‘natural goodness,’ stating that vice is actually a form of natural defect.

The surprise seems reasonable. After all, we, as human beings, are a good deal more complex than plants, as are many other species; and we are probably the only species able to question and evaluate its own motives.

Even those of us who talk to our plants, believing this benefits their growth and development, would not expect to learn how to become better people by communing with them on moral dilemmas.

We Are As We Are

If we begin by considering plants, it’s reasonable to deduce that a plant needs strong roots. Analogously, a human being needs courage in many of life’s situations. However, expecting a human being to have courage is like saying, “…an owl should be able to see in the dark,” or “a gull should be able to recognize the sound of its chick among all the cacophony of the cliff.”

There is, says Foot, a “gap between description of fact and evaluation.” The point is, if the man lacks courage, he is just as deprived as the owl with weak eyesight. The words Philippa Foot chooses to demonstrate the comparisons are important.  Stating that the owl should have good eyesight, indicates how awkwardly that resonates with the idea that a human being “should” have courage. In either case, things are only what they are.

Further, what is necessary for optimum functioning of a living thing can be species-relevant. It’s not necessary for human survival to have the ability to see in the dark, or detect the cries of our children amongst those of hundreds of others. But if an owl’s eyes cannot function to see at night, then they are defective. If a gull cannot recognise a chick’s cries; then, it too, is defective as a parent, according to its species.

“These are the central notions,” says Foot, “And that’s why I thought we should start moral philosophy by talking about plants.”

The key to Foot’s theory is an understanding of what she means by “unquantified propositions.”  She explains this to Rick Lewis:

“This kind of proposition really is about the standard; it’s about how it should be. It takes one towards what I have called ‘natural goodness’. For example, we say ‘humans have thirty two teeth.’ Not all humans do, in fact, but we have defective teeth if we don’t have thirty-two. Either we’ve never had the full complement or we’ve lost some.”

We cannot talk in this way about non-living things. A river cannot be defective. It just is what it is. It is subject to change, to seasons, but it cannot be talked about as defective. (It may be defective from our point of view, but not autonomously.)

Different Ways of Understanding “Should”

She points out that a star being born is different from any member of a species being born. Rivers, as she states, don’t actually flourish, and don’t actually die in the sense that living creatures do. “They haven’t got the pattern of one and then another of the same kind coming from it. Rivers don’t spawn rivers… and there is in their case no species in which a function could be identified…”

She continues, “A spider’s web has a function…to catch food…it will need in order to reproduce.”

References to non-living things are just statements of fact. They are about things without conscious awareness.  Foot explains this important gap in semantics: “… that’s not the same ‘should’; that pattern doesn’t give you the kind of natural defect. This is what I’m identifying here – the difference between the two.”

Should, according to Foot, is about having reasons for our behaviour and actions, and she describes this as practical rationality, which embraces goodness in respect of beliefs and conclusions from premises.  She tells Rick Lewis:

Foot does not accept that there is any necessity for reconciliation between morality and rationality, because, she says, they are not separate. In the first place, it is morality that takes a human being toward rationality, and not vice versa. We go for what we need, and we do this with prudence, which she claims is one of the virtues.

“Why should it be thought that while prudence is certainly rational, morality isn’t?” she asks.

The Pursuit of Happiness

Of course, for humans, part of rationality is the pursuit of happiness.

This brings Philippa Foot into uneven territory and she admits in the interview that she is left with a problem that seems impossible to solve. The problem is that humans don’t flourish by merely achieving reproduction and a long life, characteristics that may be sufficient for a successful animal. (Although other philosophers, Peter Singer for one, would disagree with Foot in this respect.) But it is true that human beings require happiness to flourish.

“That’s why I had to tackle the problem of happiness, and I found it extremely difficult. It’s an articulated concept, it’s very complex. I tried to describe it, to spread it out, but I was left with a really difficult problem which I couldn’t solve… There is a really deep problem about the relation between virtue and happiness.”

Can one describe a wicked person as a happy person? Of course one can.”

There are a great number of examples of how people have taken pleasure and gained happiness from terrible deeds, from cheating friends to torture and murder. Most human beings would feel ashamed of such actions, but there are those who glorify in abusive behaviour.

“We cannot totally divorce the ideas of virtue and of happiness,”  concludes Foot. 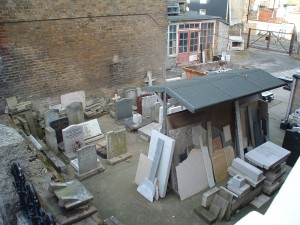 Could you kill one person to save five? Stonemason’s yard. Photo by Janet Cameron, all rights reserved.

Would you pull the lever and sacrifice one to save five?

An alternative dilemma would be that there is a fat man, nearby, on a bridge. If you push him onto the track, his body will stop the train.

In both cases, pulling the lever, or pushing the fat man, will satisfy utilitarian principles, which require the greatest good for the greatest number, although you are involved in taking an action that causes loss of life.

Some people, who had no problem taking the utilitarian action in the first instance, were less willing to sacrifice the one man for the five, in the second example. As the author suggests, there seems to be a moral distinction between killing a person and taking no action and just letting a person die.

“But philosophical questions like this have real-world implications for how people behave in society, governments, science, law and even war,” says Josh Clark.

Philippa Foot was born on 3 October 1920 and died aged 90 on 23 October 2010. Although she worked at University of California beginning in 1976 for fifteen years, she maintained her close ties to Oxford all her life. Philippa Foot had a great influence in her capacity as a pioneer of virtue ethics. She had close links with other famous women philosophers at Oxford: Iris Murdoch, Elizabeth Anscombe and Mary Warnock. Philippa Foot was a pioneer in virtue ethics, and posed one of the most challenging moral dilemmas in philosophical thought.