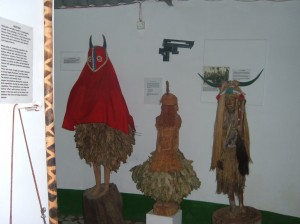 Myth and science are often closely joined, and may reach similar conclusions. This image is from a window display at the museum in Banjul, The Gambia. Until quite recently, hunting was a closed circle that played an important role in the interests of society. People believed that hunters knew the secrets of the bush and forest and were connected with spiritual and magical beasts. Copyright image by Janet Cameron, all rights reserved.

Logical Positivism is the belief that philosophy should be based on observation and experimentation and that any result that cannot be verified must be false.

Therefore – the following statement, although shocking to many people – becomes even more shocking when considering its author is a formerly committed logical positivist.

As a result, Paul Feyerabend (1924-1994) caused a tremendous storm of dissent within academia. Here is his statement:

“Scientists have more money, more authority, more sex appeal than they deserve. The most stupid procedures and the laughable results are surrounded by an aura of excellence. It is time to cut them down in size, and to give them a more modest position in society” (Feyerabend 1975, quoted by Theodore Schick in Skeptical Enquirer.)

The Beginning of a Personal Rebellion

Feyerabend was born in Vienna, and studied at the London School of Economics under the philosopher, Karl Popper (1902-1994). Popper advocated scientific rationalism and, despite an early interest in communism, became a dedicated critic of Marx and Marxism.

So why did Paul Feyerabend, described by one of his critics as a “gadfly,” fall out with his formerly much-admired teacher and mentor?

Karl Popper lived in a time when Einstein’s theories began to have an impact on Newtonian science. In Philosophy, 100 Great Thinkers, Jeremy Harwood explains how Popper argued with the conventional empirical position that people could show scientific theories to be true.

“Even when a scientific principle had been repeatedly and successfully tested, it did not necessarily follow that it was correct, it simply meant it had not been proved false.”

No Such Thing as Certainty

Feyerabend’s “Theory of Falsification” demands a science where we challenge theories, rather than ending up as a kind of “pseudo-science.” “All truly scientific hypotheses… had to be ready to stand trial in the court of experience,” says Theodore Schick.

This applies equally to other disciplines such as politics, economics and philosophy. Popper prescribes an open society with open debate and tolerance for opposing viewpoints. Meanwhile, the “opposition” may follow its own path, unimpeded. 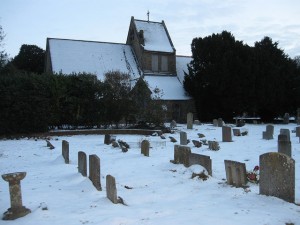 An open society permits everyone to follow his or her own path. Copyright image by Janet Cameron, all rights reserved.

Paul Feyerabend came to believe it is not possible to get to the scientific truth for the following reasons, explained by Jeremy Harwood:

One of the key aspects of Feyerabend’s philosophy is that a lack of rules allows science to progress. Stringent rules would only impede progress in scientific activity. That is why “Anything Goes.”

In the final chapter of Against Method, published in 1975, Feyerabend says:

“The idea that science can, and should, be run according to fixed and universal rules, is both unrealistic and pernicious. It is unrealistic, for it takes too simple a view of the talents of man and of the circumstances which encourage, or cause, their development.”

The Menace of Rules and Dogma

An example of how rules and dogma impede science is that of the debunking by Western experts of The Yellow Emperor’s Textbook of Internal Medicine. In the 1950s, the Chinese communists compelled hospitals to use these medicines for patients’ treatment, horrifying Western thinkers who predicted that Chinese medicine would come to an ignominous end.

“What happened was the exact opposite. Acupuncture, moxibustion, pulse diagnosis have led to new insights, new methods of treatment, new problems both for the Western and for the Chinese physician,” says Feyerabend in Against Method.

Medicine has profited enormously from herbal lore, from the physiology of witches and “cunning” men, from medieval midwives and druggists. We have gained in knowledge through the astronomy of mystics.

“Everywhere science is enriched by unscientific methods and unscientific results, while procedures which have often been regarded as essential parts of science, are quietly suspended or circumvented,” continues Feyerabend.

Therefore, according to Feyerabend, you can’t differentiate between science and astrology, alternative medicine or voodoo. Although this may sound like a flippant remark, Feyerabend took his time before abandoning his empirical views, and embracing theoretical pluralism and with it, the idea that science has no specific claim to truth. He claims that the best method for scientific discovery is to choose the best theory for promoting understanding.

Feyerabend goes even further, claiming that science is a religion because it is based on dogma, and dogma cannot be justified by reason.

Theodore Schick agrees, “Science is much closer to myth than scientific philosophy is prepared to admit,” he says.

On Being a Mature Citizen

“A mature citizen is not a man who has been instructed in a special ideology, such as Puritanism, or critical rationalism, and who now carries this ideology with him like a mental tumour, a mature citizen is a person who has learned how to make up his mind and who has then decided in favour of what he thinks suits him best.”

Feyerabend was passionate about green issues in his lifetime, for which he was much admired. Before embarking on his philosophical career, he worked in stage management, and was an accomplished singer. You can find an excellent and comprehensive biography at the Stanford Encyclopedia of Philosophy, charting the events of Feyerabend’s tempestuous life.