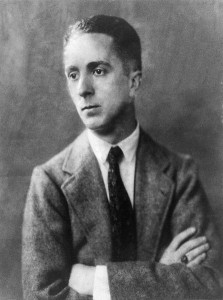 Norman Rockwell. Image courtesy of the U.S. Library of Congress

Many of us will remember Norman Rockwell (1894-1978) as the famed illustrator whose work frequently appeared on the cover of The Saturday Evening Post. We took his sometimes comic, but always true-to-life, images for granted and many art experts never considered his work was art.

The art world is finally taking note of Rockwell’s work. A recent auction at Sotheby’s in New York sold a Rockwell painting for $46 million. This marks quite a turn in perception for someone whose work was once considered mere illustration.

As highlighted by the Norman Rockwell Museum,  Rockwell noted, “Without thinking too much about it in specific terms, I was showing the America I knew and observed to others who might not have noticed.” In his own words, Rockwell defined the intent and the real-to-life images of his work.

An artist at heart, Rockwell studied with some of the best American illustrators of his time. He showed a distinct talent at a young age, and received his first commercial commission, an order to paint four Christmas card images, at the age of sixteen. He was still in his teens when the art director of Boys’ Life hired him.

The Boy’s Life commission opened a very successful career in magazine illustration that reached its peak with The Saturday Evening Post. Rockwell painted the image for his first cover of the Post in 1916 at the age of twenty-two. It was a partnership of sorts, as The Saturday Evening Post would use another 321 Rockwell paintings for cover images over the next 47 years.

Rockwell’s career with The Saturday Evening Post defined his work, as much as it displayed it to the world. According to the Norman Rockwell Museum, he considered the magazine as the “greatest show window in America,” and its cover served as an ideal place to display his commentary pieces.

Rockwell’s work challenges viewers to see all of life with both grace and dignity. He demands that we see his point of view that all life matters; even the simplest of moments matter.

This illustration of a fictitious ‘visit to the country’ is the first in a series to appear on the cover of ‘Country Gentleman.’ Image by Norman Rockwell

“With the market record of $46 million set for Rockwell art at this month’s Sotheby’s American Art sale,” writes Laurie Norton Moffatt, for the Norman Rockwell Museum, “we’ve emerged in 45 years from being the museum dedicated to the artist most ridiculed by the art world to the museum that embodies the artist whose masterpiece work has commanded the highest American art auction price of all time.”

Illustration is a visual image that tells or complements a story, a text, an advertisement, or a poem. The artist converting the painting or drawing to illustration must offer a clear depiction of what it represents. After all, the word “illustration” stems from the Latin word, “illustra’tio,” or “illu’stro,” which means to enlighten.

Modern art experts often consider illustrations as a lesser art form than paintings in spite of its illustrious history. Illustrations have existed for centuries in the form of the first books or codices, or anything that required a picture to define or complement the text. Art museums around the world house many of these illustrations; some classified as illuminations because of their gleaming decorative qualities, and art experts classify and study these illustrations as works of art.

Why is Rockwell’s work controversially considered mere illustration and, as such, not valued as a work of art? Perhaps the answer lies in Rockwell’s overt twentieth-century American persona. “The nobility of the commonplace,” writes Moffatt, “now worth millions to a collector, yet somehow priceless and owned by us all.”

Rockwell Over the Years

“These images speak to so many people—you don’t have to explain them,” Goffman Cutler explained to The Art Newspaper. The New York-based collector Michelle Portnof agrees. She started collecting work by artists such as Winslow Homer, Mary Cassatt and John Singer Sargent some 20 years ago, and has seven works by Rockwell. “They fit in very well,” she noted to The Art Newspaper. “I’ve liked Rockwell since I was a little girl—you can talk to anyone anywhere about him.”

Has Norman Rockwell broken the ‘glass ceiling’ for illustrators everywhere?

“The increasing popularity of illustration is not limited to Rockwell,” says Debra Force, formerly the head of the American art department at Christie’s and now a private dealer in Manhattan, told The Art Newspaper. “Works by Wyeth, whose record was set when “Wild Bill Hickok at Cards” (1916) sold for $2.2m at a Coeur d’Alene auction in 2007, are much in demand. So too are pieces by Maxfield Parrish, whose painting “Daybreak” (1922) set an auction record for the artist in 2006 when it sold for $7.6m (est $5m-$7m) at Christie’s.”

As art values continue show an upward trend, collectors seem willing to lose the previously evident prejudice of other forms of art over illustration. There are now fewer distinctions as illustrations, especially by artists like Norman Rockwell, continue to garner increasingly larger prices in the art market.