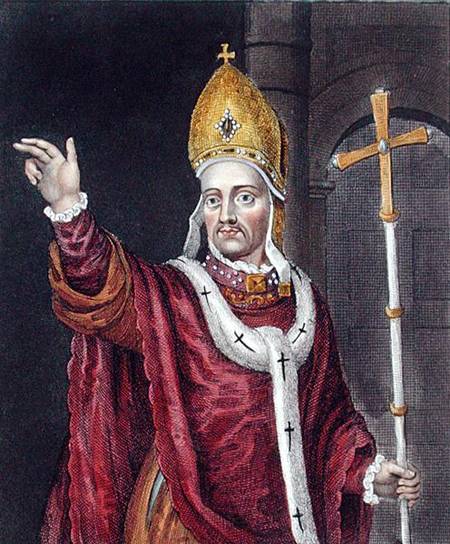 Henry Chichely was Archbishop of Canterbury from 1414 to 1443. Margery probably visited Canterbury during his time there. Image by Rudolph Ackermann.

In the twenty-first century, we believe that the educational system ensures that all young people are allowed the privilege of education. Sadly, that is not the case everywhere: in 2013, according to the World Literacy Foundation, 120 million school-age children are not in school. We still have a long way to go before everyone has the joy of being able to read and write, and the gift of knowledge that only books can provide.

Literacy in the Middle Ages

Illiteracy may be a sad reality in the twenty-first century; however, it was much worse in the Middle Ages. In fact, only people of privileged birth, those of the nobility, had the gift of education then. And even that was not universal. Quite often it was only the young men who were taught to read and write and more often it was only those who entered religious orders that received the privilege of an education.

The harsh realities of living prevented many from seeking the knowledge that lay in the written word. It is surprising, therefore, to discover that, not only were people knowledgeable during this era, but there were also those who were well-versed in the written literature of the time, even though they could neither read nor write themselves. Margery Kempe (born Margery Burnham) was one of these people.

Margery Kempe was born in Bishop’s Lynn (now known as King’s Lynn, England) c. 1373. Her father was a local merchant who served five times as mayor of Bishop’s Lynn. He also served as a Member of Parliament.

Margery was thus born into relative affluence; however, she was not thoroughly educated. In other words, no one bothered to teach her how to read and write. She did listen well and she had a remarkable memory. Being from an affluent background, she obviously had the financial means, at least initially, to hire someone to read to her or to write her thoughts as she dictated them.

Margery followed the normally accepted course of life for a young woman in these times. She married John Kempe when she was twenty and together they had fourteen children. After one very difficult childbirth experience, Margery had a vision that sent her on a long quest. She continued to have visions and spiritual experiences that caused her to convulse in ways that frightened others, in ways that she claimed were embodiments and messages from the Holy Spirit. 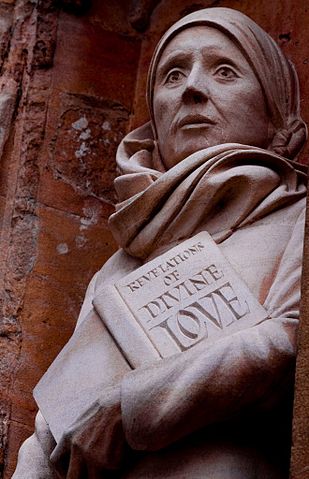 In her memoir, Margery Kempe describes visiting the Christian mystic Julian of Norwich. This statue of Julian by David Holgate is at Norwich Cathedral. Image by rocketjohn. CC BY-SA 2.0.

Margery sought out religious leaders in her district and received approval to make pilgrimages to religious shrines, first in England, then in Europe, and finally as far away as the Holy Land. Initially, her husband accompanied her on these pilgrimages: in this era, it was unheard of for a respectable woman to travel without a male family member as escort.

She finally received approval from her bishop to make pilgrimages without her husband, leaving him in charge of the family while she traveled, mostly on foot. It was a difficult journey physically, but also in many other ways. Margery was frequently, without provocation, thrown into a full-scale seizure. People either accepted her spiritual visions as mystical revelations from God, or they rejected her as an instrument of the Devil. She was adamant that her ‘seizures’, her ‘convulsions’ were spiritual happenings.

Those who traveled with her found it difficult to watch such exhibitions. It was even more difficult to listen to Margery while she continually lectured her traveling companions about spiritualism and living a good, Christian life.

Margery was a well-read woman. She knew the literature of her time; she knew the great personages who influenced the general population. Throughout her life, Margery had sought out those learned people to support her belief that she was spiritually driven and not a pawn of the Devil. Many of the people she met believed in her, but there were just as many people who thought she was just playacting when she displayed her fits of tears and screams, a mood that overcame her during moments of deep spiritual contemplation. 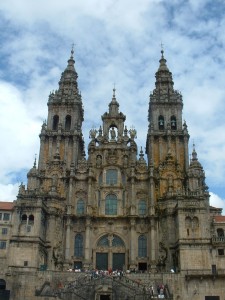 The Church of Santiago, Santiago de Compostela, Galicia, Spain, is believed to be the burial place of St. James the Greater, one of the Apostles of Jesus. This site was visited by Margery and is part of a major pilgrimage route since the Early Middle Ages. Image by Vasco Roxo. CC BY-SA 3.0.

The Book of Margery Kempe

Later in life, Margery decided to write her story. She believed that her visions and her pilgrimages were important treatises to share with others, to help others on this difficult journey of life. She paid a scribe (actually two scribes as the first one died before the book was finished) and, from about 1432 to 1436, she wrote The Book of Margery Kempe.

Margery had always believed strongly in what she set out to do, what she felt was her calling, and this memoir was a continuation of all the good that she had done in her life. She wanted it to be a story of reflection and instruction to all who followed in her beliefs. She felt good about her calling; she felt good about her dictation of the events that had marked her life. She was writing a story that was worthy of all that she had done.

The Book of Margery Kempe is considered to be the first autobiography ever written in the English language. It is perhaps one of the few accurate insights historians have into the life of a woman living in the Middle Ages. The Book of Margery Kempe lay forgotten for centuries until a copy was discovered and it was modernized and published for the first time in 1936. It was republished in Middle English in 1940. 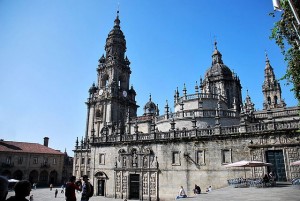 The Cathedral of Santiago in Galicia, Spain is the last of a series of churches constructed on this site since 829 AD. Image by Toutaitanous. CC BY-SA 3.0

Collins, Louise. Memoirs of a Medieval Woman: The Life and Times of Margery Kempe. (1964). Harper & Row.