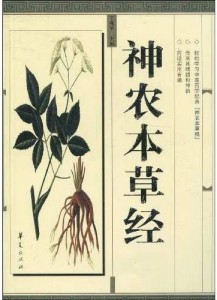 Shen Nong’s work on herbal medicine is the earliest known document on the subject. Image by Pancrat; CC BY-SA 3.0.

Traditional Chinese Medicine (TCM) originated in shamanism and developed over thousands of years into a sound medical system. Today, the discipline has earned such respect that annual international conferences are held to share and advance knowledge.

During the course of its evolution, a number of legendary figures contributed to the development of TCM. This article focuses on several of those mythical doctors and the significance of their contributions.

Yandi is thought to have been the tribal leader of a farming society approximately 5,000 years ago. Considered the founder of Chinese agriculture, he is credited with having invented the hoe, the ax and the plow. But he is best remembered for his contribution to herbal medicine.

It is believed that Yandi experimented with hundreds of herbs, teaching his followers which plants were poisonous and which had medicinal value. Ancient texts claim that Yandi practiced on himself, trying one hundred herbs in a single day – among them seventy toxic plants. Yandi is commonly referred to as “Shen Nong,” meaning “the divine farmer.”

Remarkably, many of these ancient remedies have been found to be effective by modern scientific standards. Among these are herba ephedrae (used for asthmatic coughs), radix dichroae (an anti-malarial treatment), rhizoma coptidis (used for dysentery), radix et rhizoma rhei (used as a cathartic) and sargassum (an anti-goiter medicine). 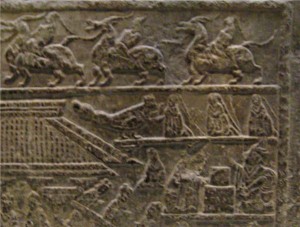 In this portion of a stone carving from the Eastern Han Dynasty, Bian Que is depicted as a bird with a human head performing acupuncture on three patients. Image by BabelStone. CC BY-SA 3.0

Another legendary doctor is Bian Que, who is said to have lived around 500 B.C. His book, Bian Que Neijing (The Internal Classic of Bian Que) was used by Chinese physicians in the Han Dynasty (202 BCE to 220 CE) but has since been lost. Bian Que is known as an outstanding diagnostician who specialized in taking the pulses and the use of acupuncture.

Several versions of the legend credit him with the invention of the basic diagnostic practices used in TCM: palpation and taking of the pulses, observation (looking), interrogation (asking), and auscultation and olfaction (listening to internal sounds and smelling). Interestingly, the words “auscultation” and “olfaction” are one word in Chinese, and considered two different aspects of the same thing.

The most popular legend about Bien Que concerns the Prince of Guo. It is said that when Bian Que was visiting the capital city of Guo, he heard that the prince had just died. Bian Que became suspicious when he heard the prince’s symptoms, so he asked to see him.

Surgery developed late in China because of the central role of Confucian philosophy in popular culture. Confucianism teaches that the wholeness of the body is sacred and should not be sacrificed for any reason. Despite this belief, surgery was gradually introduced into TCM, and became a standard practice about 2,000 years ago.

Hua Tuo is reported to have operated on a soldier while the soldier was playing chess. Japanese woodblock by Utagawa Kuniyoshi (1798-1861).

The legendary doctor, Hua Tuo (2nd century A.D.), is known as a master surgeon. He is reputed to be the first doctor to use anesthesia during surgery. He used mafeisan, an herbal anesthetic made from hemp, and mixed it with wine to further reduce the patients’ pain. The most famous legend told about Hua Tuo is that he once performed surgery on a wounded soldier, while the soldier was playing chess. Hua Tuo is also credited with establishing the practice of preventing illness by working and exercising. This is one of the basic tenets of TCM, which contends that it is far better to maintain good health than to cure disease.

Whether or not these legendary doctors actually lived is a question that cannot be answered, given the absence of written documents and the obscurity of the archaeological record. Archaeologists believe that Shen Nong, Bian Que and Hua Tuo may be composites of ancient medical practitioners who invented and developed specific medical practices, and passed them down to their students.

In any case, their practices have entered the canon of tradition Chinese medicine, and these ancestral experts of the art have been elevated to the level of divinity in popular Chinese culture.

Jin-Huai, Wang. Understanding the Past: A Historical Timeline of Chinese Medicine. The Association for Traditional Studies. Accessed July 19, 2013.