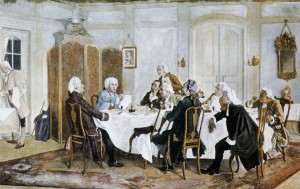 Immanuel Kant was a “Prussian” philosopher during the 1700s. Image courtesy of Emil Doerstling.

Immanuel Kant (1724-1804) develops a theory that aesthetic experience is contemplative. He achieves this through the analysis of four “Moments” which are aspects of quality, quantity, relation and modality; and these produce aesthetic feeling in the perceiver. (These Moments are properties and nothing to do with “time.”) This aesthetic feeling, detached from any issues of desire, personal interest or will, leads to a sense of disinterested one-ness with the thing itself.

“To be disinterested in something is not the same as being uninterested in it,” says Diané Collinson in her essay, “Aesthetic Experience.”  “It has probably been the single most important concept in the last three centuries of aesthetic theory.”

The First Moment demonstrates that, in order to discern beauty, we need to use our imagination, “…acting, perhaps, in conjunction with understanding.” According to Kant’s Critique of Judgement, his third Critique published in 1790, this feeling is subjective, producing a sensation of delight that is purely contemplative; and, therefore, neither cognitive nor logical.

Kant states, “Everyone must allow that a judgement on the beautiful, which is tinged with the slightest interest, is very partial and not a pure judgement of taste.” This judgement needs separate consideration from what gives delight merely because it is agreeable or pleasing to the senses. Such enjoyments are gratifications of inclination or desire, or, in the case of reason, of the will.

The agreeable may not always be good; in other words, it may have disagreeable consequences. If, as Kant says, “agreeableness is enjoyment,” he points out that this may not actually be good if procured by unscrupulous means. “Happiness, with all its plethora of pleasures, is far from being the unconditioned good.” The agreeable, the good and the moral good may each be partial to an interest. “For the good is the object of will, ie: a rationally determined faculty of desire.”

Kant concludes this Moment by observing that desire stimulates the agreeable and the good, with a bond between the subject and the real existence of the object. But the judgement of taste, for example, the beautiful, differs through its disinterested feeling; it pleases and produces objective worth for rational, intelligent beings. “For Favour is the only free liking,” he says, and this is what he means by “disinterestedness.” 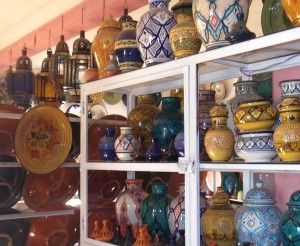 Does beauty reside in the object, or is it purely subjective? Photo copyright Janet Cameron, used with permission.

This Moment analyses the “subjective universality” attached to an object. A subject, feeling disinterested delight, believes that “…he has reason for demanding a similar delight from every one,” and will “…speak of the beautiful as if beauty were a quality of the object and the judgement logical.”

Agreeableness is personal, a taste or a colour being subjectively agreeable to the perceiver and disagreeable to another. But, to call an object beautiful in itself is to demand a similar response from others. Denial brings forth accusations of deficiency in taste.

Collinson says: “What he wants to show is that it is possible for aesthetic judgement to be subjective in that it is grounded in feeling, but also objective in that it may legitimately demand the agreement of others.”  This is a partnership of imagination and understanding, but Kant does not believe that judgement of taste relies, in any way, on knowledge.

The Third Moment examines the ways in which the parts of a beautiful object relate to one another, producing design. This leads to the statement that, “Analogously, a beautiful object is more than the sum of its parts.”  This implies that we regard the beautiful object “…as if it were something designed for a purpose.”  This does not mean, literally, that the creation of an object occurred for a specific purpose.  It means that it has the “form of purposiveness.”

This is the sublime and free interaction of imagination and understanding.

Collinson says: “The point Kant is making here is, perhaps, best understood by reference to the beauties of nature. The forms and patterns of flowers and crystals and of certain natural formations of stones and rocks seem to have the purposiveness he describes, appearing to possess meaning and significance in virtue of their shapes and patterns and the arrangement of their elements, and yet to have no definite or particular meanings.” 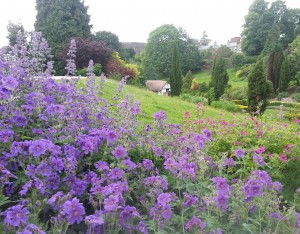 We can experience disinterestedness in perceiving the beauty of nature. Was Kant wrong to ignore this? Photo Copyright Janet Cameron

Kant’s Fourth Moment – We Must Agree on the Beautiful

The Fourth Moment picks up and develops Kant’s proposition in the Second Moment, that a judgement of beauty ought to be approved by everyone.

He believes it ought to be possible for agreement between all, and so he proposes a “common sense” ability, which he describes as a “shared capacity for the exercise of taste.” This specifies that if taste is unimpaired, there must be agreement about what is beautiful. The point is to judge something beautiful subjectively and without concepts, and to do so universally. (This stance was the opposite to that of the great empirical philosopher, David Hume.)

If we are unable to exercise this agreement, then we must still allow for the possibility of the agreement and to presuppose it might occur under ideal conditions.

Is Kant’s Theory of Disinterestedness Inadequate?

But, even if we accept aesthetic experience as being related only to beauty, Kant’s critique is still inadequate, for it excludes the beauty of nature. “Kant maintains that when the creative artist borrows material from nature and develops it into “what surpasses nature,” his imagination produces “aesthetic ideas” that endeavour to embody “rational ideas.” These “rational ideas” have no instantiations in the natural world.”

As an example to refute this, Collinson quotes from a theory on aesthetic experience by Edward Bullough on encountering a fog at sea: “…note the curious, creamy smoothness of the water… a flavour of such concentrated poignancy and delight.”

Through a combination of mingled repose and terror, we are distanced from self. This is surely “disinterestedness.”

Acceptance of this view exposes Kant’s definition of the aesthetic which excludes nature as inadequate.

Was Kant Wrong to Favour Design Independent of Colour?

Further, as Clive Bell’s criticism makes clear, Kant’s emphasis on beauty, based upon design and independent of colour, is insufficient. Collinson’s essay quotes Bell: “You cannot conceive a colourless line or a colourless space; neither can you conceive a formless relation of colours.  Lines on an engraving cast shadows, so does the outline, detail and features of a statue.”

Although contrasts and combinations of strong colours may not be a necessary condition for aesthetic delight, they may contribute much to the final experience of the perceiver. This latter point would not invalidate the essence of Kant’s argument, but simply broaden it.

Kant’s concept of “disinterested” aesthetic experience may be difficult to achieve, or even to recognise without elements of doubt, due to natural human experience. This is not to say that one may not aspire to it, although it could be that Kant’s claim that universality bestows objectivity upon a work is, as explained, inadequate.