…”The sale began-young girls were there,  Defenseless in their wretchedness,  Whose stifled sobs of deep despair  Revealed their anguish and distress…” “The Slave Auction,” by Francis Ellen Watkins Harper.

She was thrown directly into the swirling currents of nineteenth century slavery, women’s rights agitation and social reform. Throughout her 86 years, Frances championed abolition, civil rights, women’s rights, and temperance, lecturing across America during a time when women rarely spoke in public.

Harper helped organize, and held office in, several national advocacy organizations. Besides this political activism, she found time to write poetry and fiction that articulated her belief in equality between genders. Her writing was popular enough to earn her the title of “Mother of African American Journalism.” Most of Frances Harper’s work connected and explored the issues of racism, classism, and sexism. She lived a life based on individual integrity and high moral purpose, while expressing herself in terms that ordinary people could understand and appreciate.

Historians and biographers of France Ellen Watkins Harper often faced the challenge of conflicting sources in interpreting her story. Some sources say that her mother was born a slave while others say that both of her parents were Free Blacks.

Free Blacks themselves floundered in rip current waters. The American Revolutionary War had crystallized the hopes of many black people for freedom: Both enslaved and free black men fought on both sides in the Revolution. The spirit of the Revolution carried the freedom for black people forward. By 1800, all of the northern states had either abolished slavery or passed legislation meant to gradually reduce it.

From 1790 to 1810, the population of Free Black people increased from eight to 13.5 percent, with most Free Blacks living in the Mid-Atlantic States, New England and the Upper South. The rights of Free Blacks fluctuated with the rise in power of poor white men in the late 1820s and early 1830s.

In 1832, like many other slave-holding states that had been sobered by the Nat Turner rebellion in Virginia, Maryland passed laws restricting the movement of Free Blacks. In November 1833, the Maryland State Colonization Society sponsored the first black settlers who sailed on the brig Ann for Cape Palmas, Liberia, as part of the continuing efforts to encourage black people to leave America for a home of their own.

These conditions for Free Blacks and slaves intimately affected the life of Frances Ellen Watkins. Her mother died in 1828 when she was just three years old, leaving Watkins an orphan. Her uncle William J. Watkins and her aunt Henrietta took her into their family.

In 1796, William Watkins’ father had worked as a blacksmith on the south side of Bank Street, according to The Baltimore Town and Fell’s Point Directory. His son William born about 1803, attended Bethel Charity School, founded in 1807 by Daniel Coker, who was the first Methodist missionary to the British colony of Sierra Leone as well as a founder-organizer of the African Methodist Episcopal Church. When Daniel immigrated to Liberia in early 1820, William Watson, then 19, took over the school.

Between 1820 and 1828, William Watson merged Coker’s school with the Watkins Academy and enrolled over fifty boys and girls yearly, with one source even fixing the number at 70 students a year. Frances Ellen Watkins Harper attended her Uncle William’s school, the Watkins Academy, until the age of thirteen. She later became part of the Academy’s rigorous training in precise grammar and diction.

As well as operating the Watkins Academy, William Watkins served as a minister at the Sharp Street African Methodist Episcopal Church, wrote for newspapers, founded the Black Literary Society, and taught himself medicine. He nurtured Abolitionist beliefs and became an associate of Abolitionist Frederick Douglass. 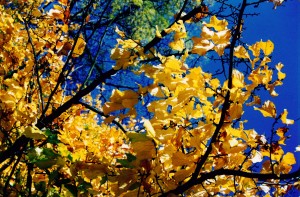 According to her Abolitionist friend William Still, Frances remained a student in her Uncle William’s academy until her thirteenth year, absorbing many of his views on civil rights. Her education at the Watkins Academy along with her uncle’s political activism shaped her thinking and her later writing.

Around 1838, when she was thirteen, Frances found work as a babysitter and seamstress for a Quaker family named Armstrong. The owner of a bookstore, Mr. Armstrong gave Frances free access to his books and encouraged her to develop her love of writing. She continued to read and write and eventually became a teacher.

After leaving school in 1839, Frances Ellen Watkins published her first poem in an abolitionist publication. In 1845, she published her first collection of poetry which titled Autumn Leaves, also known as Forest Leaves. Over the next few years, her book became popular enough to go through 20 editions.

Since she wrote mostly in narrative verse with rhymed tetrameter and the ballad stanza, some critics said that the poetry of France Ellen Watkins resembled the poetry of Henry Wadsworth Longfellow and John Greenleaf Whittier. Mostly simple and lyrical, her poems were emotionally charged, almost always contained a sermon, and expressed in her own voice and feelings the subjects that reflected contemporary society and met audience expectations. The first stanza of her poem, Grain of Sand, illustrates her style and message.

“Do you see this grain of sand Lying loosely in my hand? Do you know to me it brought Just a simple loving thought? When one gazes night by night On the glorious stars of light, Oh how little seems the span Measured round the life of man…”

Frances Watkins led a long and fruitful life. In addition to teaching, working to secure the rights of fellow blacks, and teaching, she was also involved with the Underground Railroad, and in the Civil War. Watkins died in 1911, narrowly missing the milestone vote to allow women to vote. Her work for suffrage and freedom was one of many building blocks towards the advancement of equal rights.

Kathleen Warnes holds a Ph.D. History, an MA-History, and a BA in Communications. She has taught history at the college level and enjoys sharing her knowledge of historical figures with her students … Read More about This Expert