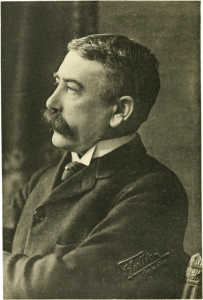 Ferdinand de Saussure (1851-1913) was a Swiss linguist who had an enormous impact on the course of Western Philosophy during the mid-twentieth century. In a sense, his work is more accurately defined as “semiotics”  which is the science of signs, and, according to Jonathan Cull in Literary Theory,  “…that has sought to incorporate the scientific study of behaviour and communication, while mostly avoiding the philosophical speculation and cultural critique that has marked structuralism in its French and related versions.”

Saussure’s theory of language became fundamentally vital to the movement of Structuralism, influencing and challenging a number of mostly French scientists, thinkers and philosophers of the 1950s and 1960s.

Anthropologist, Claude Lévi-Strauss originally developed this theory of language, and thinkers such as Roland Barthes and Gérard Genette applied it to literary theory and cultural studies. The theory infiltrated psychoanalysis through Jacques Lacan, and influenced Marxist theory as expounded by Louis Althusser.  Michael Foucault, philosopher, historian and political activist, was also a structuralist, and he campaigned fiercely for the rights of minority groups, for example, homosexuals.

Jacques Derrida also famously challenged Saussure’s thinking, trying to turn the entire theory on its head. (Possibly, he succeeded, depending on your personal viewpoint.) Although Derrida was an exceptional and imaginative thinker who contributed a great deal to literature, it’s important to remember that Saussure’s mission was never to promote new interpretations of works, or to be imaginative or playful with meanings. He simply wanted to understand how language operates in terms of its meanings and effects, and to name the conventions that make language what it is.

Trains and Boats and Planes!

Imagine a train: The 8.30 London to Oxford express. This train is distinct from two others trains: The 9.30 London to Oxford express and the local train at 8.45. We are not concerned with physical features of the trains, or the personnel operating the trains, or the precise route they’re taking. No, what counts is the train’s “identity in the system of trains,” explains Jonathan Cull, “it is this train, as opposed to the others.”

“Its most precise characteristic is to be what the others are not,” says Saussure.

Jonathan Cull offers the example of the letter “K.”  It doesn’t matter how you write it. Your handwriting will be different from everyone else’s. What matters is that the K is not confused with any other letters.  It is the difference that enables each sign to signify. 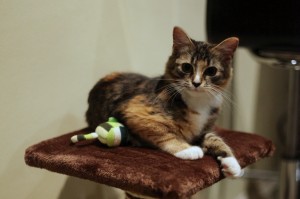 A cat is a cat, whatever name you call it. Image courtesy of Gareth Cameron.

A Cat is a Cat By Any Other Name

Saussure points out that beneath each text lies a deep structure, with its own specific language and grammar; this system operates through a series of signs. The signs are arbitrary, for example, a cat would be a cat by any other name. All that is necessary is that all individuals who use a system agree to respond to a particular sign in the same way.

Saussure calls this “the arbitrary nature of the linguistic sign.”

“First, the sign (for instance, a word) is a combination of a form (the “signifier”) and a meaning (“the signified”) and the relation between form and meaning is based on convention, not natural resemblance. What I am sitting on is called a chair but could perfectly well have been called something else – wab or punce.”

Of course, other languages use different words. “The exceptions are “onomatopoeic” words, where the sound seems to imitate what it represents, like “bow-wow” or “buzz.” … in French dogs says “oua-oua” and buzz is “bourdonner.”

For Saussure, the sign is the combination of the signified, which is the thing being described, and the signifier, which describes it. Important to Saussure’s theory is that signifiers are linear. In other words, they are understood over time. Saussure says that language resists change, since it is inherited and tradition is conservative. In addition, due to the complexity of language, its numerous signs also tend to resist change. “Its temporality causes language to be at the mercy of historical events.”

A further set of terms used by Saussure are “synchrony” meaning fixedness, something that endures, and “diachrony” which is something that varies within a system. “If I use ivory chessmen instead of wooden ones, the change has no effect on the system; but if I decrease or increase the number of chessmen, this change has a profound effect on the “grammar” of the game… everything that changes the system in any way is internal,” says Stuart Sim in Philosophical Aesthetics.

A further example of Saussure’s theory is that language is always a self-contained system with rules of grammar, but within these systems, transformations take place. For example, with regard to literary genres, a murder mystery would be expected to contain at least one murder and a mystery.

Stuart Sim explains: “These stock formal elements signal the text’s genre to its audience, although they can be presented in a variety of ways. The murder may occur at various points in the narrative – there might even be several murders.” Other texts may vary in ways appropriate to their particular form, a little more of one thing, a little less of another, a different viewpoint, different timing, etc.

Philosophical Implications of a Scientific Theory

Language is not, according to Saussure, a “nomenclature.” Named categories do not exist independently of language. Saussure argues, “But if words stood for pre-existing concepts, they would have exact equivalents in meaning from one language to the next, which is not at all the case. Each language is a system of concepts as well as forms; a system of conventional signs that organizes the world.”