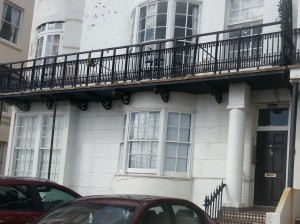 Ernestine Potowski was born in Piotrknow, Poland, on 23 January, 1810; the daughter of a rabbi. She was passionate about social reform and humanitarian activities, and like many pioneering women, she was vulnerable to much abuse as well as gratitude for her great services.

Ernestine’s mother died when she was just six years old, and; as a result, she endured a rigid childhood, as her father was a strict and strong-willed man… But nothing could crush Ernestine Rose’s indomitable spirit.

Conflict with Rabbi Father Over “Heresies”

“About Ernestine Rose,” published by The Society of Ernestine Rose, (author un-named) describes Ernestine Rose’s approach to religious studies: “Her intelligence was more given to questioning than accepting received wisdom.” Ernestine’s independence of thought during her studies of Judaism and the Talmud with her father caused a great rift between them.

“Her goal for society was intellectual freedom, freedom from the constraints of religious creeds and dogma…She concluded that all major religions were both irrational and oppressive to women,” explains The Society of Ernestine Rose.

At sixteen, her father betrothed Ernestine to a man much older than herself, but she refused him. When her father married a girl around Ernestine’s own age, it became too much for her to bear, and she left home. She had to endure a legal battle for her mother’s inheritance, and at the same time, she was obliged to defend herself from being sued by the rejected suitor.

Ernestine Rose – Ever True to Herself

For a while Ernestine lived in Berlin, although she had to fight for entry, as there were restrictions on Jewish immigrants. Then she travelled to France and Holland, and finally came to England in 1829 (in some sources, 1830) to teach languages. Ernestine was a creative and resourceful woman – she also marketed perfumed paper for use in crowded accommodation.

At no time did she consider converting from Judaism to Christianity, in spite of the pressure to do so, as many Jews did simply to make their lives more bearable. About Ernestine Rose quotes her as saying, “Shall I leave the tree to join a branch?”

Joined in a Common Purpose

In London, she met William Rose, a jeweller, and they married in a civil ceremony. They moved to New York in 1836 and this is where Ernestine’s campaigning life began. It was a fine, mutually beneficial arrangement, as they were both equally committed to humanitarian goals and also cared deeply for one another.

William provided the stability and the financial support, while Ernestine honed her knowledge and her skills in the art of oratory. She spoke bravely against slavery, despite violent opposition.

W.J. McIlroy in his pamphlet, Without the Faith, Freethinkers and Freethought in Brighton and Hove, says:

“An eloquent orator of indomitable courage, she denounced slavery at a time when Christian churches in that country were still defending it as a divine institution.”

Both William and Ernestine followed the theories of Robert Owen, a rich industrialist who cared deeply about social and community issues. Owen and the Roses believed that the only way forward was to try to improve the condition of the poor, rather than blaming them for the results of their deprivation, as a judgemental society was prone to do.

The New York campaign led to connections between a number of great feminist activists and  philosophers, among them Elizabeth Cady Stanton, Paulina Wright Davis and, eventually, in 1832, the well-known feminist, Susan B. Anthony.

Ernestine Rose: Prepared to speak out against social ills, she was reviled by many who disagreed with her views. Image by Decoded Past.

‘Worse Than a Common Prostitute’

W.J.  McIlroy explains how Ernestine was also passionately committed to the cause of gender equality. A woman prepared to speak against slavery and gender-inequality, as well as being Jewish, an atheist and an abolitionist, went violently against the conformist society in which she lived.

According to McIlroy, “…One newspaper described her as a “female atheist… a thousand times below a prostitute.”

Fortunately, we know about Ernestine’s great work since a number of her lectures were published. Her words are arousing and inspiring. You will find one in the resources below, if you would like to read it for yourself.

When speaking of freedom, for example, from, A Lecture in Women’s Rights, October 19, 1851, her metaphor is memorable in its strength and thrust:

“The love of liberty has convulsed the nations like the mighty throes of an earthquake.”

In the same lecture, pertaining to women’s rights, she says, “WOMAN is rising, in the full dignity of her being, to claim the recognition of her rights.” It is not clear whether the capitals are hers as written, or whether they are there to indicate the emphasis she placed on the word. Either way, it imparts to the word an urgency for which most of society wasn’t entirely prepared.

As for her atheism, McIlroy quotes from one of these lectures, controversially entitled In Defence of Atheism:

“You ask how it is that Man talked or wrote about God. The answer is very simple. Ignorance is the mother of superstition. In proportion to Man’s ignorance, he is very superstitious.”

An Iconoclastic Figure, Forgotten by History

It is extraordinary that a woman of such courage, ability and confidence, and who made such enormous humanitarian changes and improvements, is not better known today. The Society of Ernestine Rose says:

“Though Rose’s early and continuing contribution to the advance of women’s rights is unquestionable, her social status may have contributed to the lack of recognition from historians. She was an immigrant in a period of rising nativist sentiment, a Jew in largely Protestant reform movements, a freethinker and atheist in movements that often turned to the Bible for authority.”

It seems a poor legacy to be so neglected for a woman whose rallying cry was “LIBERTY, EQUALITY, FRATERNITY.”

Women, everywhere, must be thankful for her sacrifices and her contributions, and must work to ensure she takes her rightful place in the history books.

Ernestine Rose died at her home in 39 Marine Parade, Brighton, on 4 August 1892 and is buried in Highgate Cemetery in London together with the husband she loved.

McIlroy, W.J. Without the Faith. (2007). Brighton and Hove Humanist Society.