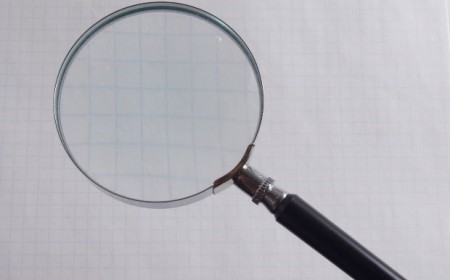 Debunking is the process of exposing scams, hoaxes and frauds. It takes detective work to debunk; outrageous claims abound in the realm of the paranormal – and debunking has been common throughout history.

There are myriads of ghost hunters and paranormal societies that have websites on the Internet and offer free investigations. How do can you debunk the imposters?

1. Check their ‘facts’: Some websites feature false definitions in their glossaries. If they can’t define paranormal terminology appropriately, chances are they aren’t a reputable source.

3. Research members of the website’s team to find out their qualifications.

Bio phrases such as “Ghosts are interesting,” “I like ghost hunting” and/or “I had some paranormal experiences” aren’t solid qualifications.

“I’ve studied psychic phenomena for x number of years,” or “I’m a member of the PA, AP or American Society for Psychical Research, ASPR” indicate a higher degree of reputability.

4. Another red flag are organizations basing their expertise and claims to fame on cases that have been debunked. Lorraine and the late Ed Warren’s major claim to fame is based on the Amityville Horror, for example, which experts have debunked; one of the con artists who helped create the scam even publicly admitted it was a hoax planned to make money.

5. How current is the site’s information? One site claiming ‘ghost hunting’ expertise includes a ghost hunting event – lectures, dinner and ghost hunt for a hefty price and asks people to make reservations. The event was dated over two years ago.

These scamsters have two major tricks. Knowing what these tricks are helps to expose the frauds in the ‘psychic’ business.

Other tricks psychic frauds use include ambiguity and negative statements.

Ambiguous statements seem to be specific, but actually fit most people. “You get nervous when you drive the car in some situations.”

Glasses can be something people drink from or eyeglasses.

Negative statements are another ploy:

Fraud psychics twists their words so that it appears that they are always correct, regardless of the answer.

Jeane Dixon was an astrologer and self-proclaimed psychic, a pop culture celebrity in the 1960s. Her claim to fame was that she predicted John F. Kennedy’s assassination.

Unfortunately, however, she didn’t.

Ambiguity is a trick charlatans use; as you can see, many of Dixon’s predictions were ambiguous – and contradictory.

Dixon’s worst wrong prediction was in relation to the USS Scorpion (SSN 589) – the ship was declared missing on June 6, 1968. Dixon said the men were alive and well on Tom Snyder’s late night TV show.

Unfortunately, the Mizar found the Scorpion’s wreckage off of the Azores on October 30th of the same year.

Listen to your intuition when you’re checking out a paranormal practitioner. If it doesn’t “feel right,” something may be wrong – that’s intuition. We call intuition by many names, including gut feelings, hunches, and so on. Gavin de Becker, an expert on the topic of predicting and managing violence, discusses the topic in a chapter on intuition in his book, The Gift of Fear.

When you feel something isn’t right, listen your instinct, then begin to debunk.

Guiley, Rosemary Ellen. The Encyclopedia of Ghosts and Spirits. (1992). FactsOnFile.