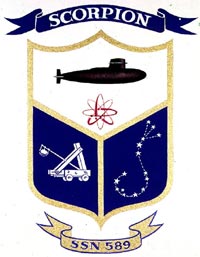 Jeane Dixon’s predictions were proven wrong in many cases, including that of the SSN Scorpion. Image courtesy of the US government, photo by Schlendrian.

Jeane Dixon was an astrologer and self-proclaimed psychic, the “Seeress of Washington,” whose claim to fame was predicting President John F. Kennedy’s death – which she did not. Dixon claimed she got the gift of prophecy from a vision she had in 1952 while she was praying. She was an advisor to many famous celebrities, including President Ronald Reagan and his wife, Nancy Reagan (until Nancy came to believe Dixon lost her powers and supported her rival, Joan Quigley.)

Jeane Dixon made a number of predictions regarding JFK – and the majority remained unfulfilled.

In a 1956 article in Parade magazine, Dixon predicted that she thought a Democrat would win the 1960 election and he would be assassinated or die in office, but possibly not during his first term. What was the origin of this prediction? By 1956, every President who died or was assassinated while in office won an election in a year ending in zero – this happened every twenty years from 1840 to 1940. Not all died in their first term; Franklin Delano Roosevelt was in his fourth term when he died.

Astrologers who accurately predicted the death or assassination of the President who would be elected in 1960 used the Jupiter/Saturn conjunction as a justification. According to the astrologers, Jupiter, planet of expansion, and Saturn, planet of limitation, were in conjunction at an angle of 0 to 8–9 degrees which happens every 19.8 years and were in the earth signs of Taurus, Virgo or Capricorn in this cycle of years that ended in zero.

After his election, Dixon said she saw dark clouds over JFK; an ambiguous and broad statement, which could mean just about anything. 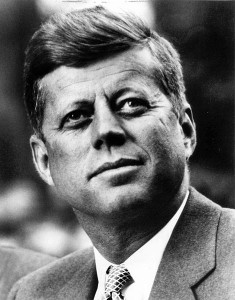 May 27, 1968. On the anticipated date of arrival, the Navy repeatedly attempted to contact the USS Scorpion after the sub failed to return communications and while the friends and families waited for her at the pier, only receiving confirmation of the search for the sub on that night’s news reports.

The Navy officially presumed on June 5 that the sub became a “grey lady down” (a sunken submarine), possibly within the Bermuda Triangle. “Families and friends of the Scorpion crew began gathering on Pier 22 at Norfolk Naval Station to welcome their loved ones, but the ship did not arrive. Finally, the Navy told families that the submarine experienced a delay. The crisis exploded without warning across the sprawling U.S. Navy community in Norfolk, Virginia: a nuclear submarine and its crew had vanished in the Atlantic.

Dixon was on Tom Snyder’s late night show in Philadelphia, Pennsylvania, at that time. She said the Scorpion’s ninety-nine men were all alive and well. She called the Scorpion a “boat” during that interview, saying it was “so dear” to her. Some people believed her and waited for the Scorpion to return… until the Mizar found the Scorpion’s wreckage off of the Azores on October 30, 1968.

After the Mizar found the sub’s wreckage, Dixon appeared on a Virginia Beach TV show, claiming she knew what happened to the sub, saying she saw a long tube going to the sub. Again, she was wrong – the sub was not sunk by a torpedo. In actuality, a Russian trawler dogged the submarine. Apparently, the sub and the trawler where playing cat and mouse games and one of the trawler’s big hooks accidentally hit the sub in a vulnerable place that caused it to sink. There was no ‘tube’ going to the sub.