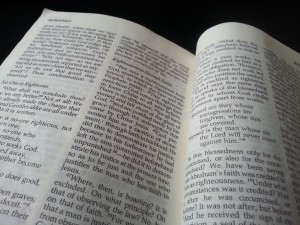 Scientists hold their discipline up as the gold standard of truth, but some philosophers argue that science is no different from other belief systems. Photo credit: Janet Cameron.

So-called “maverick” philosopher, Paul Feyerabend (1924-1994) upset the scientific apple cart by arguing that there were no rules to govern scientific method, and little to choose between science, astrology, alternative medicine or voodoo.

Feyerabend was taught by Karl Popper (1902-1994) who challenged the belief scientific theory could be proved to be true. Popper maintained that even when a scientific principle was repeatedly tested, it didn’t mean it was true – only that it could not be proved false. Popper held the philosophical concept that reality exists independently of the human mind.

Feyerabend pushed further. Controversially, he claimed “anything goes” and that scientists have “more money, more authority, more sex appeal than they deserve.” He insisted that “stupid procedures and laughable results were surrounded by an aura of excellence” (qtd. in Jeremy Harwood, Philosophy – 100 Great Thinkers).

All facts, he insisted, are theory-laden. Does this hold true of quantum mechanics as well?

The repercussions for this conundrum are infinite, presenting us with questions about what is and isn’t real. Where does our reality come from? What is consciousness?

Furthermore, is materialism (the doctrine that ‘matter is the only reality’) no longer valid as a theory?

In his article, “On ‘Known-To-Be-False’ Materialist Philosophies of Mind” published in Issue 93 of Philosophy Now, Nov/Dec 2012, Graham Smetham objects to the continuing dissemination of incorrect information.

Smetham quotes from a number of distinguished physicists who debunk the materialist theory. Instead, these physicists claim, there is no reality or substance independent of us. Despite the evidence refuting materialist theory, Smetham says: “…materialists are regularly allowed the public arena to proclaim their unscientific views in the name of philosophy or science, and in so doing they grievously mislead the public.”

Philosophical theories of a multiverse join ideas of a world which may have sprung from our own consciousness, or the consciousness of sentient beings over vast tracts of time. Graham Smetham, known as the ‘Quantum Buddhist,’ told Decoded Past his theory: “What drives the process when there are no sentient beings is the karma from previous universes and an internal universal consciousness.”

From Theory to Mechanics and the Uncertainty Principle

In the 1920s, three scientists, Werner Heisenberg in Copenhagen, Paul Dirac in Cambridge, and Erwin Schrodinger in Zurich, disturbed Einstein with their development of a new reality they described as “quantum mechanics.”

Their stunning discovery focused on the uncertainty of particles. “The more accurately one determined a particular particle’s position, the less accurately one could determine its speed, and vice versa,” says Steven Hawking. Their theory shocked Einstein because of its randomness and uncertainty.  Einstein declared, “God does not play dice.”

God: Could Atheists Be Wrong?

Could quantum theory support the concept of God?

In a lecture at a Copenhagen conference, (later to appear in “Matter & Information from Physics to Metaphysics,” in 2011) Henry Stapp (born 1928) cites the intellectual struggles during the 1920s between Niels Bohr, Werner Heisenberg, and Wolfgang Pauli.

The physicists found the Newtonian idea of matter as “solid, massy, hard, impenetrable, moveable particles” to be no longer relevant. According to Stapp, there was a new concept, about:

“…the process governing the motion of matter! This change in the conception of nature swept away the meaningless billiard-ball universe, and replaced it with a universe in which we human beings, by means of our intentional effort, can make a difference in how the ‘matter’ in our bodies behaves.”

According to Henry Stapp’s theory, there is a correlation between human choices and the creation of the universe. Stapp says that the situation is “…at least compatible with the idea of a powerful God that creates the universe and its laws to get things started, but then bequeaths part of this power to beings created in his own image, at least, with regard to their power to make physically efficacious decisions on the basis of reasons and evaluations.”

Stapp insists that contemporary science could not disprove this theory – or even suggest that it is unlikely as a “religious extension of quantum theory.”

There is, according to Stapp, no alternative evidence in nature for these “free choices.”  Therefore, it is rational to argue that quantum theory is compatible with certain theological and religious concepts.

Professor Stapp says: ” Each person who understands himself or herself in this way, as, in some sense, a spark of the divine, with some small part of the divine power, integrally interwoven into the process of the creation of the psycho-physical universe, will naturally be encouraged to participate in the process of plumbing the potentialities of, and shaping the form of, the unfolding reality that it is his or her birthright to help create.”

A key issue in quantum theory is particle/wave duality – a paradox demonstrated by a simple experiment – the double-slit experiment. Briefly, the experiment proves that at sub-atomic level, light appears as particles – as you can see in this video:

Furthermore, as Buddhist philosopher and author, Graham Smetham, told Decoded Past, “Some central interpretations of this experiment suggest that consciousness creates quantum particles.”

Consciousness and quantum particles – the combination should provide philosophers with ample theories to discuss over the coming decades.

Stapp, Henry. Minds and Values in the Quantum Universe. (2010). (From talk related to Matter and Information from Physics to Metaphysics. Copenhagen Conference. Sponsored by the Templeton Foundation and co-chaired by Paul Davies. Accessed August 12, 2013.