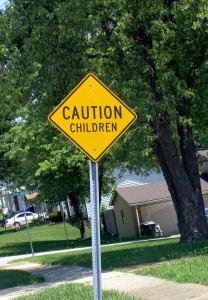 School closures instill fear and stress in many parents. Image by jdurham

School and daycare closures often elicit very emotional responses from all sides. Parents get cross with teachers, teachers get cross with parents, and parents get cross with each other. Arguments seem to focus around whether parents – and mothers in particular – no longer want to take responsibility for their children, or whether teachers and schools are doing their jobs.

At the heart of the issue, however, are the economic and social pressures on families, and the perceived role of children in our society. Looking at childcare arrangements in Victorian Britain might help to put things in perspective – and question traditional ideas about parenting.

The Perennial Dilemma of Working Parents

The most obvious reason that the average modern working parent resents unexpected school closures is not because they do not want to spend time with their children, but because unforeseen closures result in problems taking time off work, especially at short notice.

This will vary according to one’s job, and it is arguably much harder for those who have frontline positions (nurses, doctors, police, teachers, emergency workers, etc.) or who are at the bottom end of the labour market, with less rights and stricter work conditions.

Currently, in the United Kingdom (UK), Conservative Ministers promote the idea that schools should offer a much longer day, as long as 45 hours a week, as well as shorter holidays, and that the government should deregulate childcare provision to make it more accessible and affordable.

Theoretically, this helps working families, and those who struggle with the high costs and often complicated  logistics of childcare might welcome this. However, education experts warn that deregulating childcare providers could potentially harm the wellbeing of children.

The first problem concerns the need to find extra pay for teachers and school staff. Such long periods of time in school are, in actual fact, counterproductive to learning because they are tiring for staff and children; school is not a glorified form of babysitting.

Or is it? It is now an accepted social rule that adults cannot leave children unattended. Educators, health professionals and social workers tell us that even teenagers can suffer from prolonged lack of supervision. This was not always the case.

State schools, as we know them today in the UK, did originate in many ways during Victorian times as a kind of official, state-sponsored child-minding institution; the purpose of which was to prevent children who were too young or just too unruly to work for pay from roaming the streets and getting into trouble.

Their transformation was also part of the regulation of society’s relationship with its children to ensure its functioning. Looking at the social backdrop of mass schooling, some very familiar issues seem to crop up.

The Realities of Victorian Childcare and Social Reform

The aristocracy employed wet nurses and nannies to look after their offspring for centuries. In Victorian Britain, the wealthy middle and upper classes employed governesses to mind the children while mothers pursued various social activities such as charity endeavours and social visits.

Upper class children often saw their parents at set times, and spent most of their childhood with various servants. The children typically took their meals in the kitchen or the nursery away from the adults.

Victorian urban working classes had, by and large, lost the extended family network which was often available to rural communities. The children of the poor, who unfortunately, were the majority, had the following options: they could expect to work from as young as five years old; left in the care of anybody who would look after them, either out of the goodness of their heart or for a fee; or simply left to fend for themselves.

Predictably, these arrangements made social and private tragedies commonplace. Children often suffered fatal accidents in hazardous work places, or while left unattended, like the three-year old who perished drinking scalding water from a kettle while his mother was at work. Their caregivers often neglected and abused them.

Eventually, the case of the very bad abuse of a young girl from New York by multiple, haphazard foster ‘carers’ reverberated across the Atlantic and prompted the Protection of Children’s Act of 1889 and the start of child protection organisations like the National Society for the Prevention of Cruelty to Children (NSPCC) in the UK. Prior to this, adults would face more sanctions in law for maltreating an animal than a child or baby. 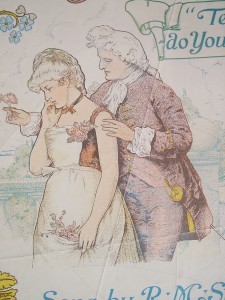 The horrors of baby farmers summed up the lethal consequences of the lack of regulated social provision, women’s rights and labour protection legislation in Victorian times.

On top of the age-old stigma of single motherhood, since 1834, the law held single mothers solely financially responsible for the maintenance of their ‘bastard’ offspring in order to promote their morality and punish them financially as a deterrent.

Even the workhouses might be closed to these ‘fallen‘ women. For those from the lower classes in particular, this meant starvation, prostitution or worse. Many killed their own babies, and faced certain execution if discovered.

Others turned to baby farmers, who offered to look after the children for a fee, until they found them a new family. Often what the baby farmers actually did, particularly in the case of poor mothers, was to starve the toddlers and babies slowly so they could get their fee for as long as possible, then let the children die. There was no new family.

Eventually, the case of Amelia Dyer, the most notorious and murderous baby farmer, prompted authorities to  start regulating adoption and baby farming. Suspected of killing at least 400 infants, she murdered her charges instantly.

The tragic irony stemmed from the fact that Dyer, a former nurse and a widow, was herself a single mother unable to support herself following the birth of her child; baby farming offered mother and daughter a way out of poverty and the workhouse. Dyer’s execution was in 1894. 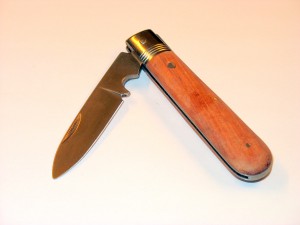 Youth gangs armed with knives and sticks were responsible for frequent violent crime in Victorian times. Image by Friedel

The youngsters who survived childhood in the 19th century and lived to see their teens also posed problems for the emerging and fast-developing urban areas. While parents were at work, teenagers were either in factory lodgings themselves or just roamed the streets, surviving hand to mouth.

Youth gangs were rife, with frequent violent fights which often resulted in members being horrifically injured, often fatally. The press and politicians called for sterner discipline, while social observers and entrepreneurs identified a need to make the country economically stronger and the workforce more efficient.

To this end, the 1870 Education Act introduced state-provided secular education. Since poorer working parents resisted this because they needed their children to work, state schools became free of charge in the 1890s and education compulsory up to the age of 10.

It was not until later decades that the modern notion of child development and, crucially, the importance of nurturing parental presence became common assumptions; the compulsory education age wasn’t raised to 14 until 1944.

Modern Parents and the Education System

So whether we are teachers, frustrated parents, disgruntled childless members of the public, dismayed at others’ attitudes to childcare, or anyone fed up with schools’ regulations; we may draw comfort from knowing that our ancestors had a much tougher time of it. The current system, flawed as it is, resulted from hard-won fights to replace something much worse.